About The Race Director 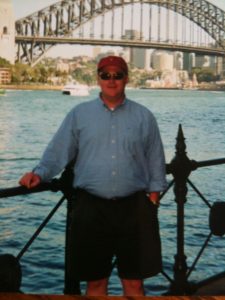 Chris grew up in North Texas and spent a lot of time in the outdoors. As a Boy Scout, he camped and hiked on many of the trails where we now run. As an adult, everything changed. Long hours at the office, a busy family life, smoking and poor eating habits led to high blood pressure and an unhealthy weight. At his highest, the scale tipped to 245 pounds.

His transformation started slowly, first with small changes to diet, followed by a new habit of walking every other day. Walking turned to running and in December 2009, Chris ran his first marathon. In total, he has lost 80 pounds and has kept the weight off.

In September 2010, Chris joined the Lake Grapevine Runners and Walkers Club (RAW) and met Anne. She shared that she preferred trail running over roads. To learn more about trail running, Chris picked up the November 2010 copy of Trail Runner Magazine and read an article about the Leadville 100 (Race Across the Sky).  He was hooked in two ways. In 2011, he joined the North Texas Trail Runners (NTTR) and ran his first trail race, and in 2012, Chris and Anne married. 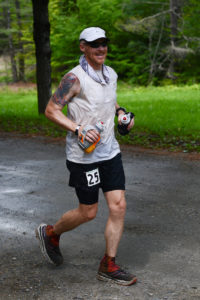 Chris has run more than 35 races of marathon distance or longer. The accomplishment he is most proud of is completing the Grand Slam of Ultrarunning in 2013, becoming only the fifth person to complete the Grand Slam as their first four 100-mile races. That summer showed him the strength of the human spirit and the camaraderie among trail runners regardless of speed or distance. 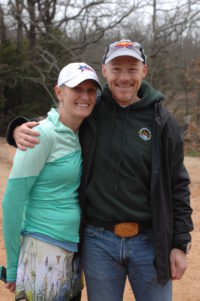 Trail running and race directing are his passion and Chris and Anne feel lucky to be able to share the trails and this sport. Chris also works full time for a national nonprofit organization focused on wildlife and conservation; he is an advocate for the protection of public lands. Chris and Anne live in Keller with their four kids and love traveling to other races when not working or race directing.